When you first stumble across twitter, it can seem a little like trying to learn a new language.  So we've put together a quick guide to using the ampersand “@” symbol on twitter.

When you Tweet directly at someone (by putting their @handle as the beginning of your Tweet), that Tweet only comes up in the feeds of users who follow both you and the person you are directly Tweeting at. Why? It’s pretty much so you don’t flood other people’s streams when you are tweeting back and forth with someone

Here's an example conversation between us and our “Head of Wellbeing”; Bingo (yes he is on twitter! @dogcalledbingo ) 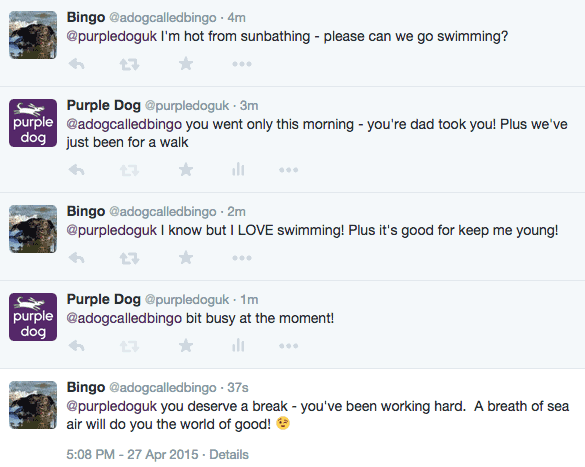 If you followed @purpledoguk but not @dogcalledbingo, you wouldn't see any of this. If you followed both, you'd see the whole conversation just like you see everyone else's. 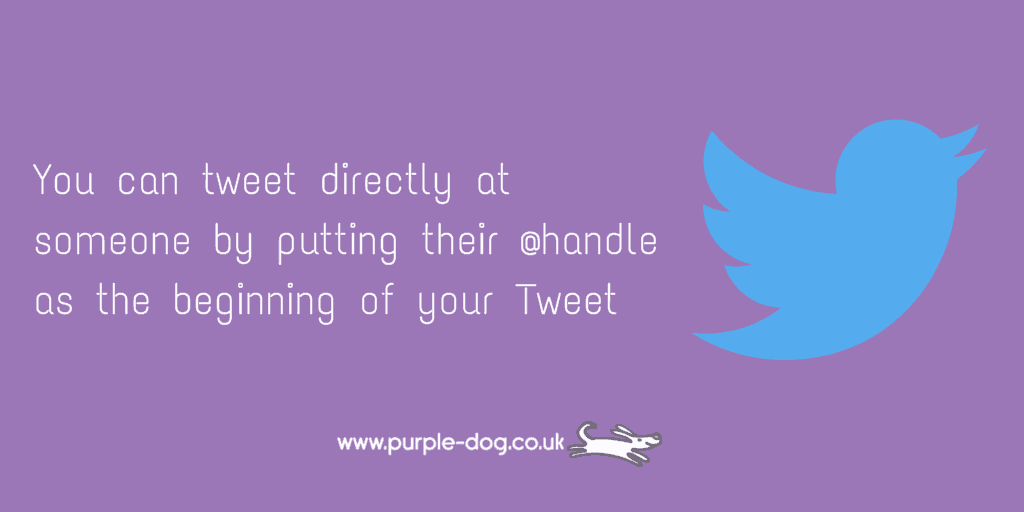 So, if you want to Tweet directly at someone and you want it to go to all of your followers’ feeds, dot before you @mention. For example: 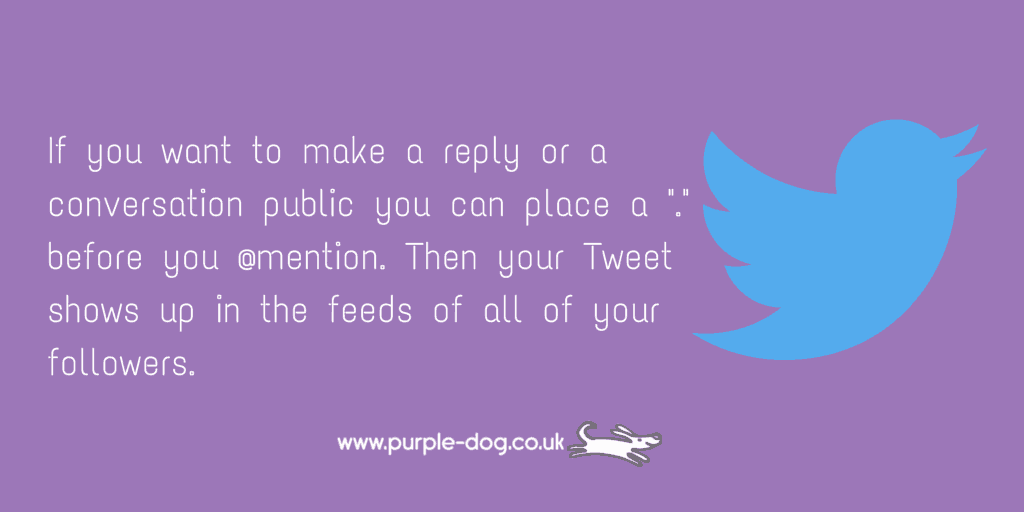 A mention is any Twitter update that contains “@username” anywhere in the body of the Tweet. It's a bit like giving a shout out to someone.  Here's an example below:

Mentions show up just like regular Tweets in your timeline. 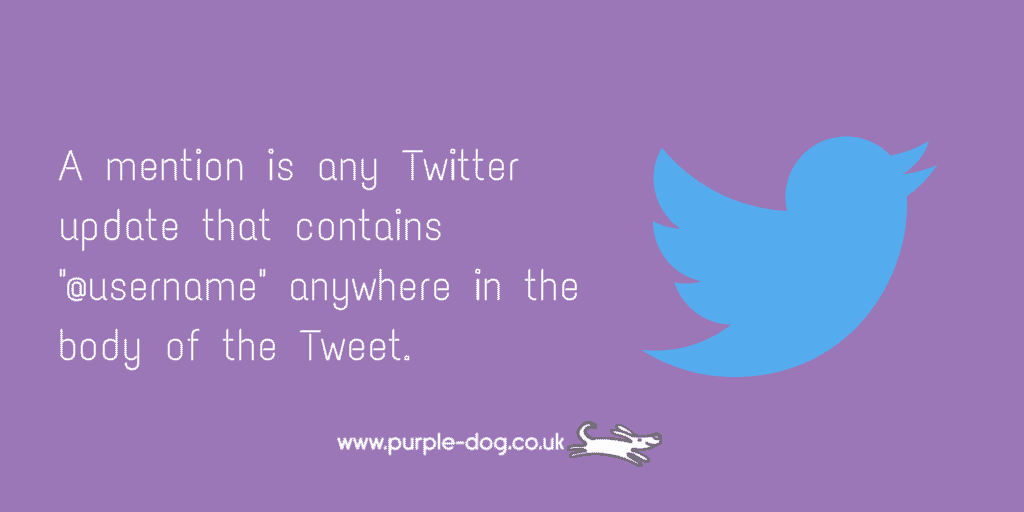 We hope that helps clear up some of the lingo used on Twitter.

Rebecca Wade is a content creator master, experienced website designer, and owner of Purple Dog, a marketing agency that helps business owners unleash their online presence. As a passionate and accomplished educator and speaker, Rebecca breaks down the overwhelming world of social media, empowering business owners to leverage the power of organic social media to grow their businesses. 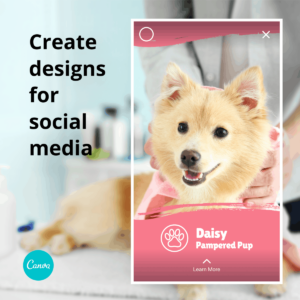 Social media tip 👉 Ensure Your Hashtags Are Relevant Take the time to research keywords to come up with hashtags that your audience might create. You want the hashtag to appear natural and to truly relate to the content you’re sharing with your audience. #socialmediatips pic.twitter.com/s6jXNXi63u

Social media tip 👉 Search for the Best Hashtags When you are thinking about hashtags, don’t just make them up on the spot. Instead, take the time to conduct keyword and hashtag research using data so that the hashtags you choose really do perform. #socialmediatips pic.twitter.com/3KRExbok1Q

Before you dive into reviewing the different alternatives and website builders think about what you need and want from your website first. Here's some help👇 purple-dog.co.uk/choosing-the… #websitedesign #websitetips #webdesigner pic.twitter.com/IZFStDT9Ke

Instagram Stories are fun and creative, but they’re one of the best ways to grow your engagement, build brand awareness and even drive sales for your business! Join our online workshop with @NFBP on 21st July nfbp.org.uk/event/social-m… #socialmediaworkshop #instagramstories pic.twitter.com/08e8Tb6fdE

Business Breakfast Meetings are back from the 1st of July with @CYCALlanelli Delighted to be speaking about the use of Social Media in Business. Learn more cycaonline.org/professional-s… #Llanelli #BusinessNetworking pic.twitter.com/oX3beKAxUC